We are a Brand Strategy Design Consultancy 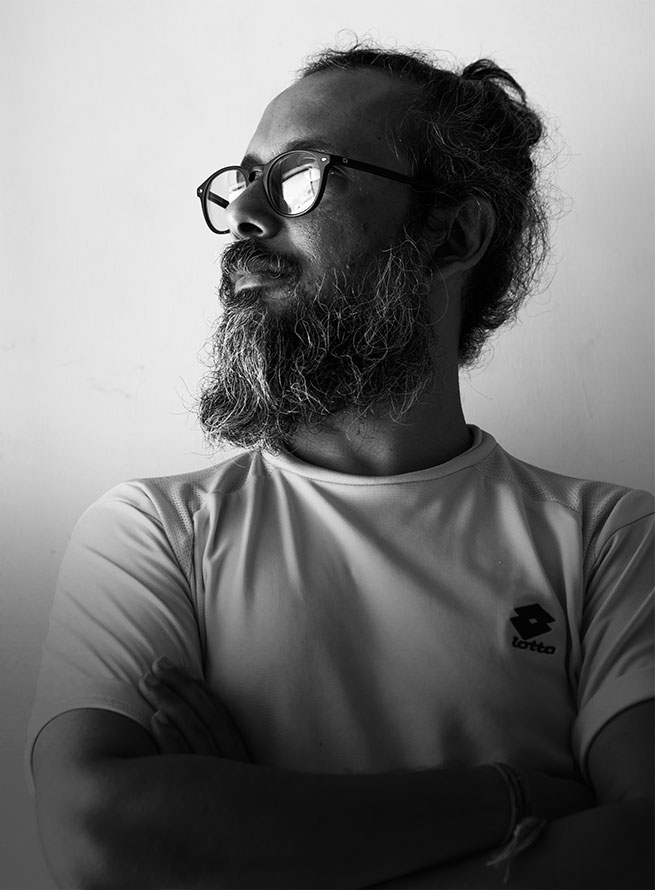 Born in one of India’s best cultural hubs called Kolkata in late 1973, he was lured by Delhi advertising after graduating from Indian Art College (Kolkata).

Manoj Deb is creative design director at Venacava Designs, a New Delhi based branding and design studio. His experience in advertising has seen him work at agencies in Saatchi & Saatchi, Grey Worldwide and BBDO India. In over 20 years of business he has worked on a diverse range of projects for clients including Maruti Suzuki, Hyundai, General Motors, Wrigly’s , PepsiCo, Hewlett Packard, India Mart, Ranbaxy, Suzlon Energy, Aviva, P&G (Gillete), being part of the team behind the award winning TV campaign (Wrigly’s Orbit White) for 3 years in continuation which got him awards like Wrigley Global Advertising Awards, Toronto in 2007 and a silver at AAAI Goafest, Abby’s and other Indian shows. Recent projects include creating the brand identity for the INOX Leisure and INSIGNIA ‘s new BRAND IDENTITY , as designer he has created some brandings and packaging like Veen Ayurveda Water, Veen Tonic Water. Divani (A Fashion brand in association with Yash Raj Films), Oxolloxo (A Online Fashion Brand), and has been involved in conceptualizing and designing few of Delhi’s finest concept lounges and restaurants like “SHALOM”, Italian joint called “ITALIC”, Moroccan lounge bar called “LAIDBACKWATER”, Indo-Pak cuisine restro-bar called “LINE OF NO CONTROL” and boutique hotel called “SOUL VACATION” in Goa. Has created some of path breaking Identity in India like SHASTRA (A Fashion Label) Caramelle a Café in KOLKATA, OXOLLOXO an upcoming fashion E-com fashion brand. He is also Creative Director and painter he is been part of many painting exhibition since long time. His paintings have been a part of many collections in India and abroad. In his free time he loves to paint and play

Whenever he finds himself some free time he loves to spend that time in painting or playing tabla. He has been part of many painting exhibition since long time. His paintings have been a part of many collections in India and abroad. 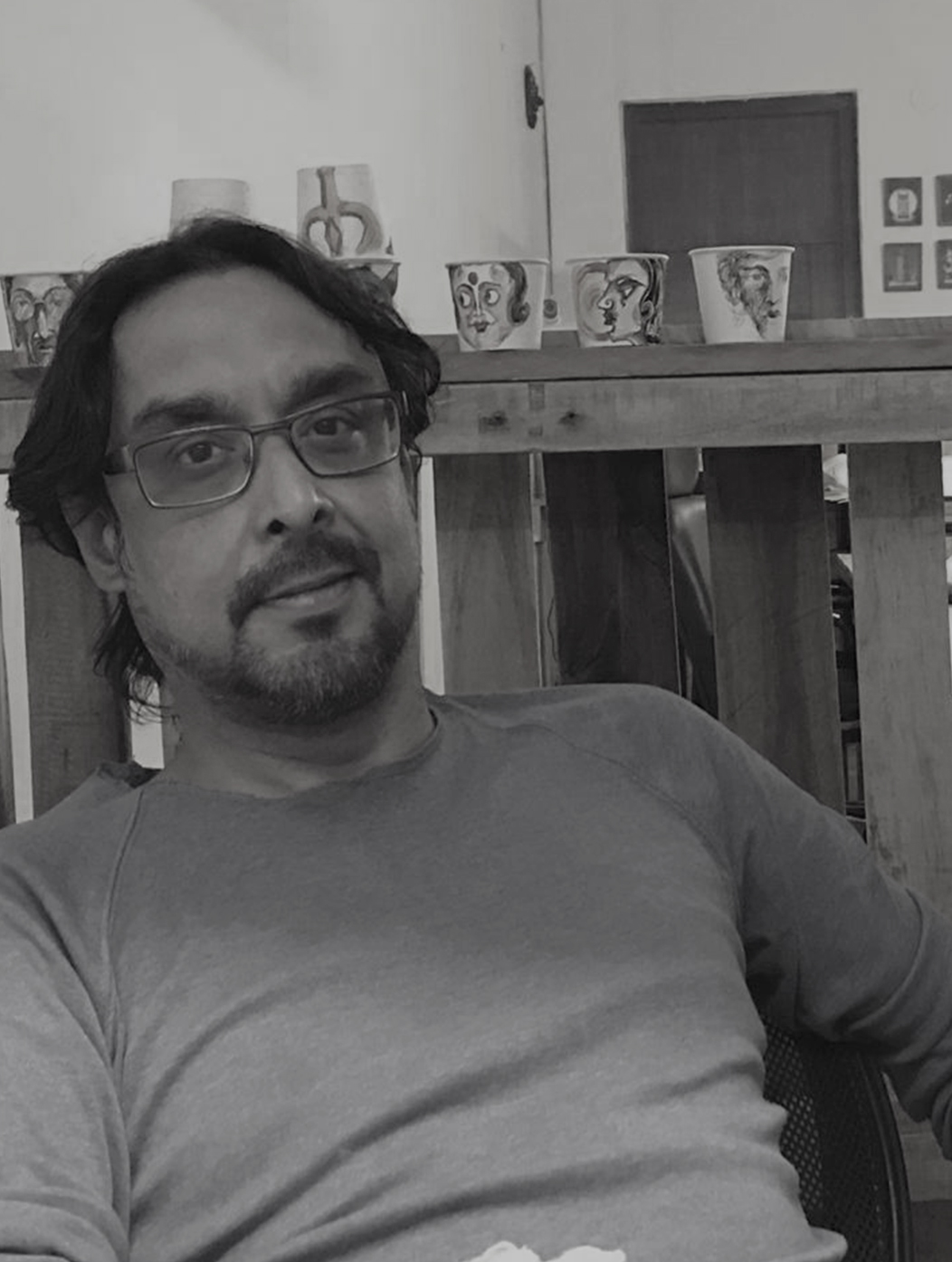 After having spent over 20 years in advertising, and growing a beard through it all, he is considered one of the veterans of the advertising world. He reached his pinnacle a few years ago when Campaign Brief Asia voted him as one of the 20 most creative guys in India, after having many memorable brand launches and advertising campaigns under his belt. Which includes big international brands like Hyundai, Coca Cola, SBI, Nestle, Wrigley’s, Dabur, Indiamart, just to name a few. His Happydent TVC still remains one of the best 20 television commercials ever made on this planet so far, and the only one from India. A wildlife enthusiast, an avid writer and an amateur quantum physics theorist, he has now decided to own the new world of digital design communication. In between his grunts, he says, he really likes this new language. 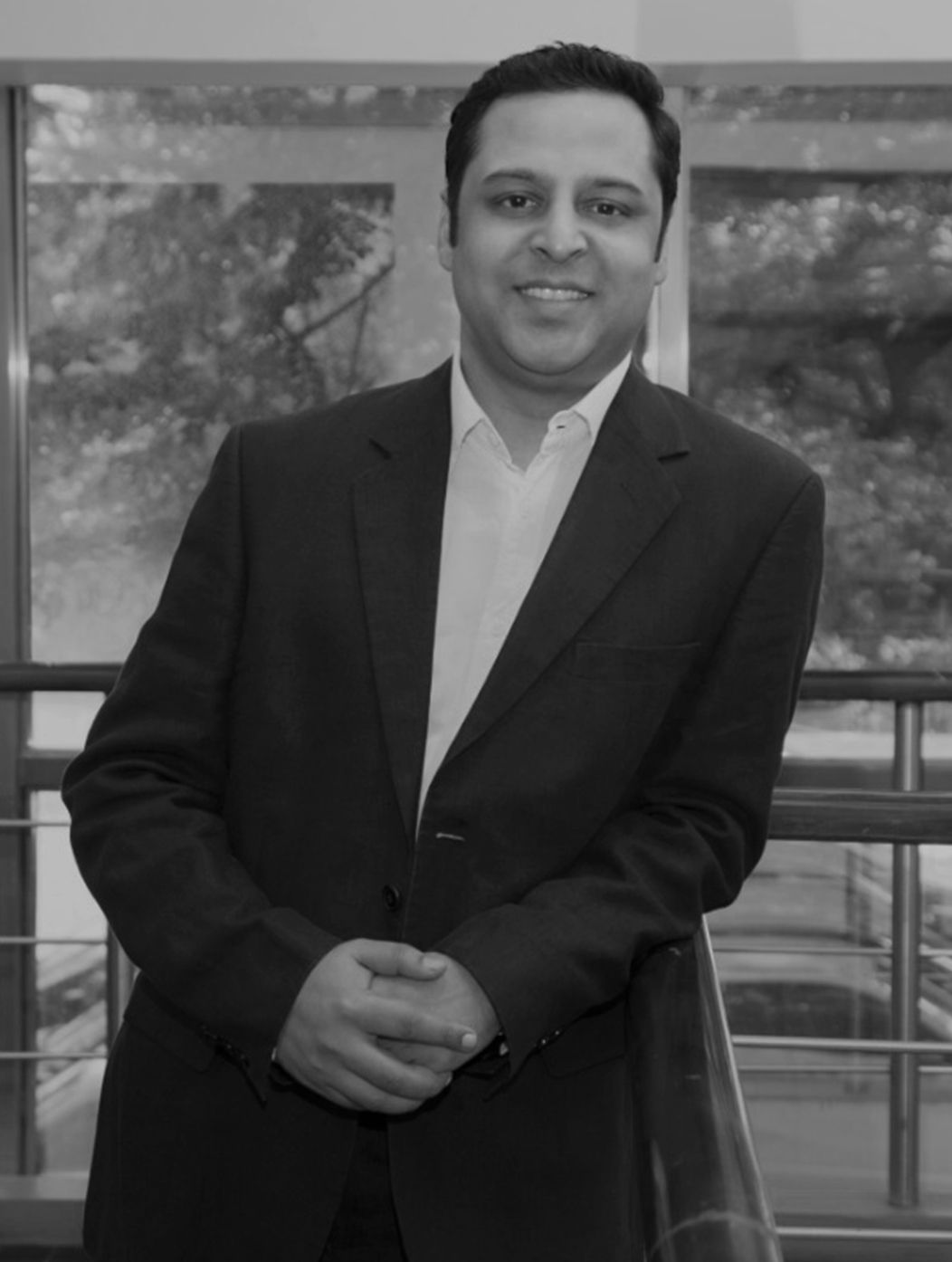 An accomplished integrated strategy and marketing communications executive of 20 years who has worked across various categories, global brands and geographies across Asia Pacific including Bangladesh, Vietnam and Indochina.

An integrated marketing specialist with a strong knowledge of emerging markets with a deep understanding of Asian and Indian consumers, Samrat excels in brand strategy and design. Some of the brands he has worked with include Incredible India, India Shining, Samsung Cup, launch of Pedigree in India, launch of Nokia in Bangladesh, rebranding of Bao Viet – Vietnam’s 60-year old largest financial institution, launch of Carlberg in Vietnam, launching of B&H, Kent, Craven A across the Indo China region, rebranding of Classic Retail Identity (cigarette), launch of Armenteros Cigars and Cigar Republic across HoReCa in India and a branding exercise for a large reseller e-commerce platform in Meesho. 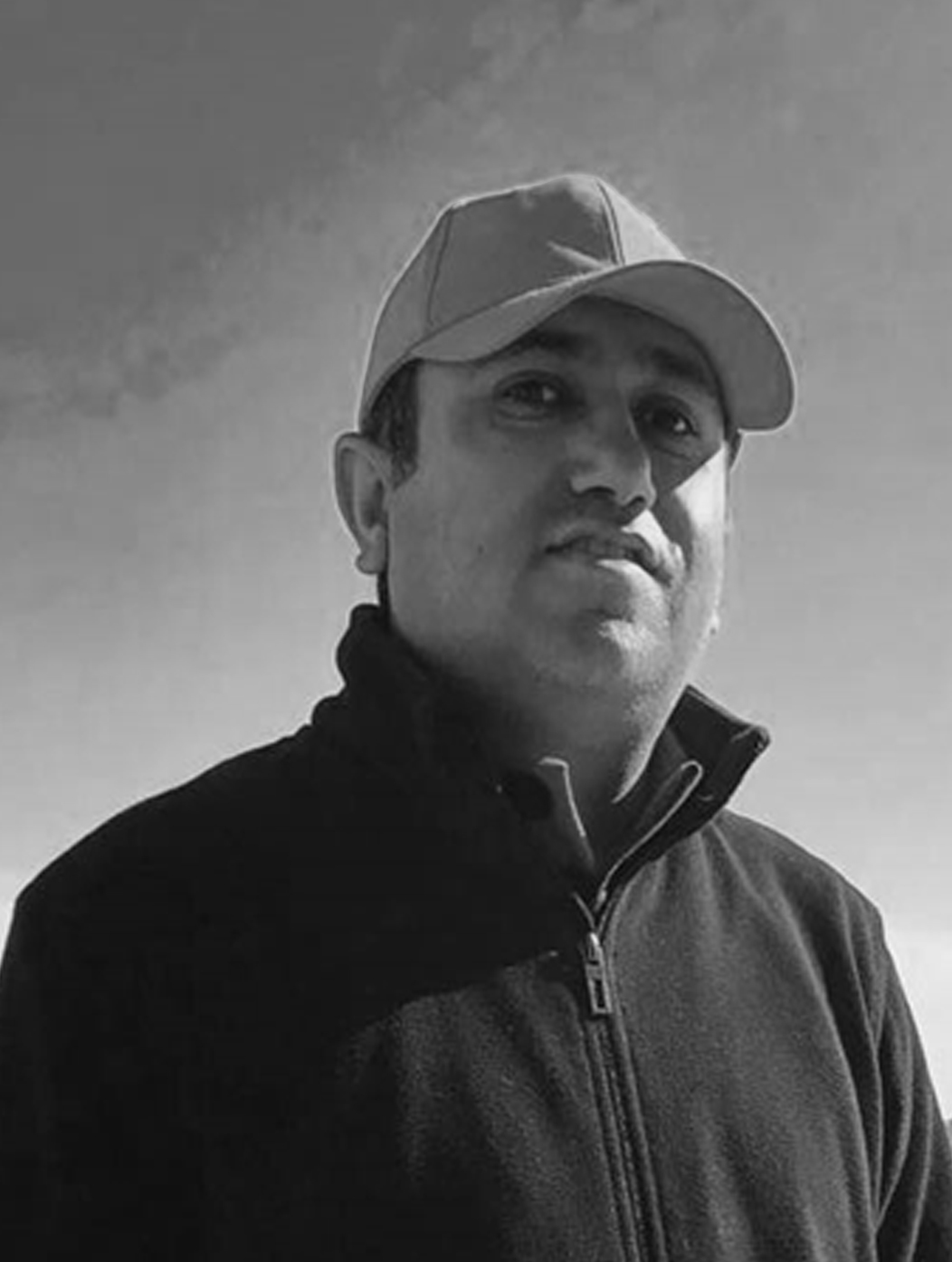 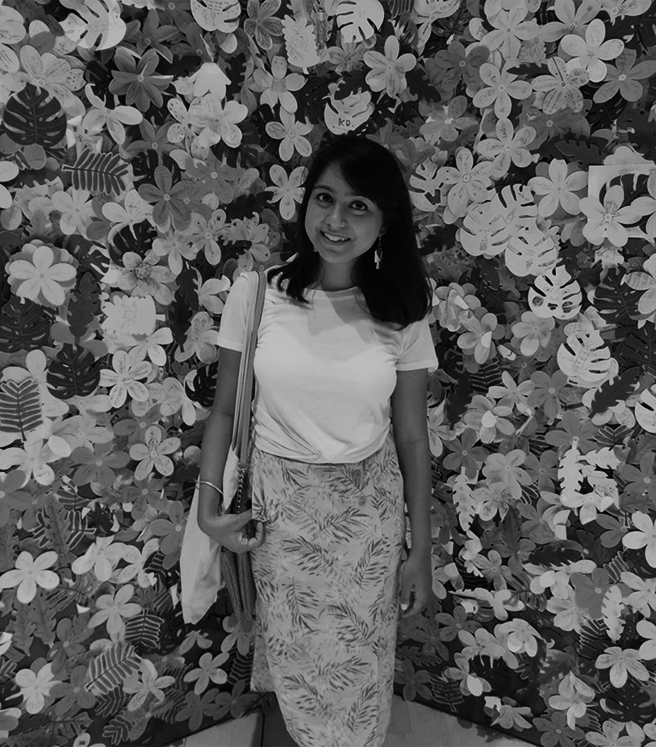 A graduate in English (honors) from Delhi University and a Master of Design from National Institute of Fashion Technology (NIFT, New Delhi), she loves to write stories that connect with people. Found her calling in copywriting and joined the Advertising tribe two years back to learn the creative craft of selling brands. Right now she is on an adventure with Venacava creating unique ideas. A part time explorer of different art mediums, she can illustrate and sculpt paper as well. Aside from this, she is a chocolate and coffee addict. 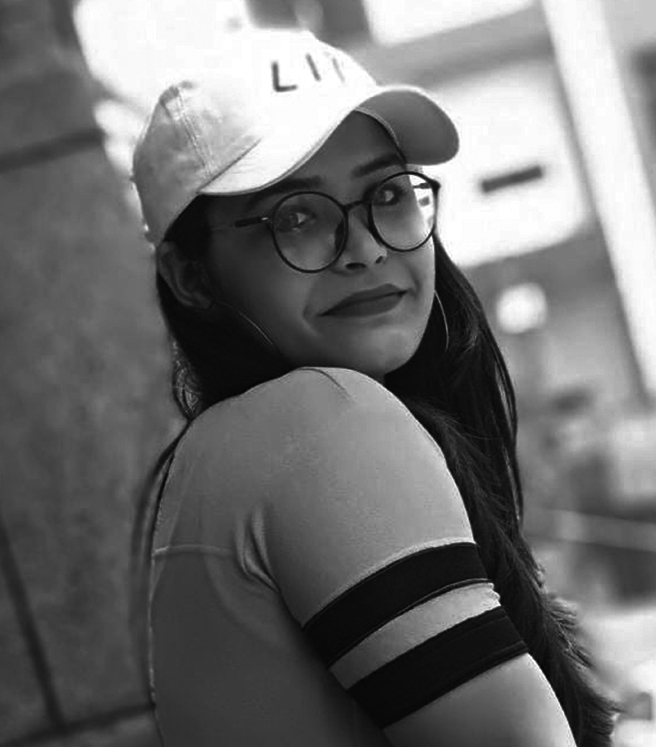 Followed her passion for design after a degree in BBA from Sikkim Manipal Institute and joined Venacava thereafter to conquer the world of design. She is always on the lookout to explore new design tools and techniques. A muralist during her free time and weekends, she can turn any boring wall into a colourful canvas of your dreams. Has a craving for good food and she loves to binge on animated series. Need a food walk around Delhi? Then you know who to contact. 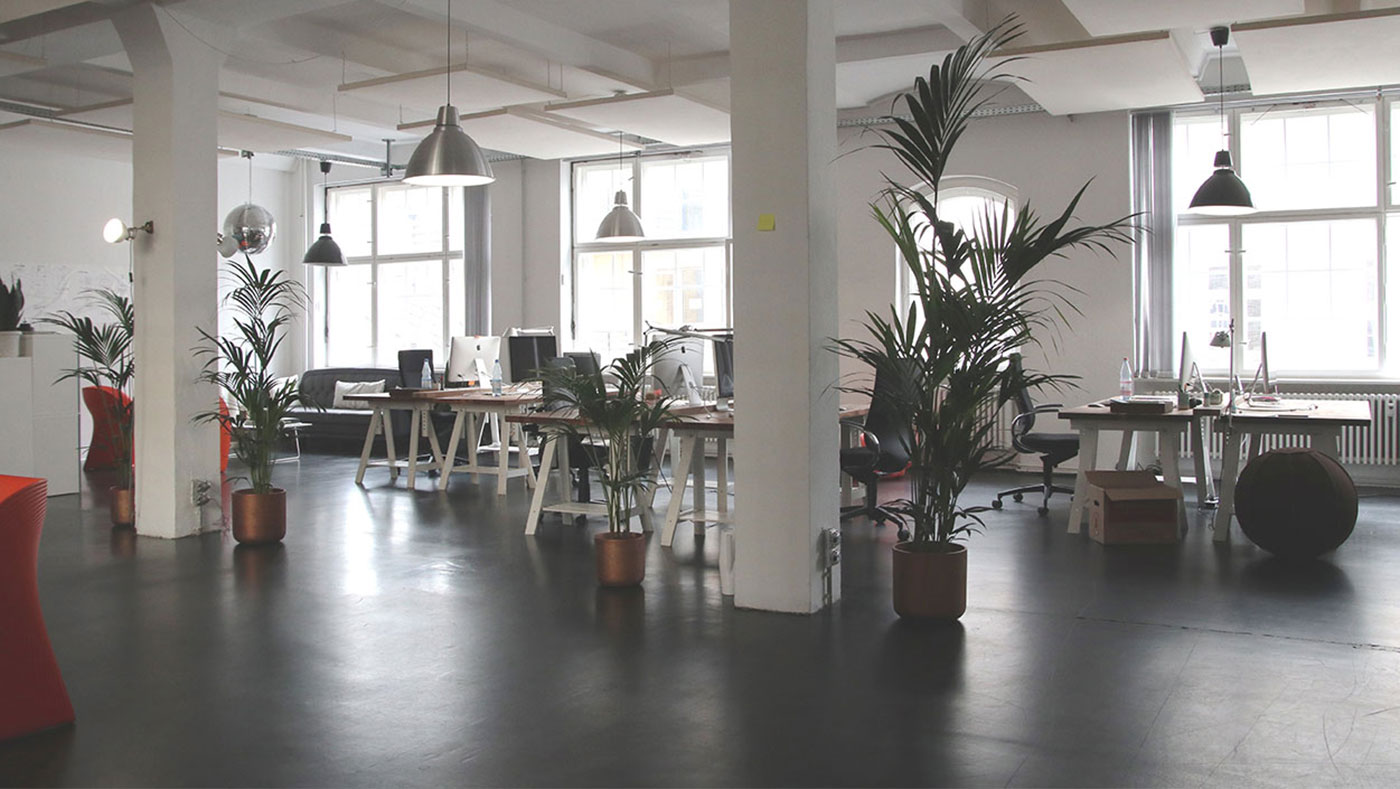 Seems like a lot of jargon? Meet us for coffee and we’ll talk.